Let's take a look at the new feature onboarding—which is a big MUST to reveal the true value of your product or service to your users. 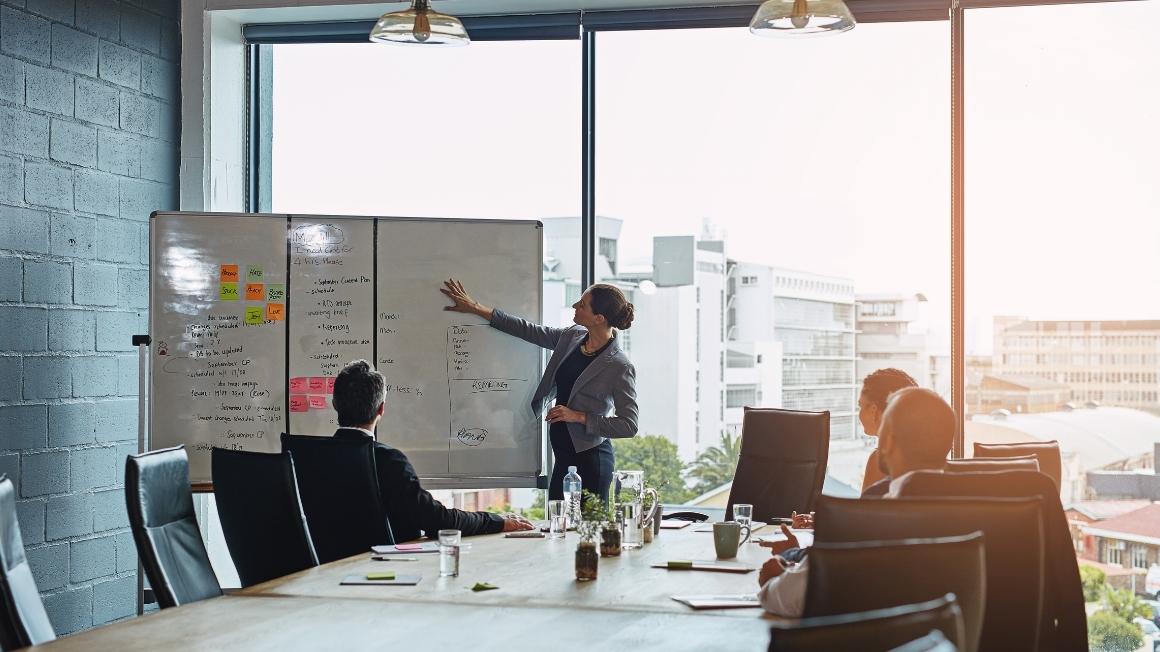 New feature onboarding is a part of the user onboarding process where you display the core functions of your product or service to both your current and first-time users by making use of onboarding tasks.

Lately, there has been an abundance of apps in the digital stores.

Whenever I check my store, I see new, newer, and the newest apps back to back. Fortunately, some of them help me increase my productivity. Yet, this does not mean that all of them are capable of pointing me on the right and short way to understand the context and functions fully.

Some of them are even wasted on me as I am one of those people who forget about an app's existence if I do not use it regularly.

Unfortunately, this is not an issue only I have. SaaS products and their audience go through this, too—especially when people cannot get the value they are looking for.

So, what is the one thing that shows the ropes to the users during their never-ending user onboarding experience?

Let's take a look at the new feature onboarding—which is a big MUST to reveal the true value of your product or service to your users.

What is New Feature Onboarding?

New feature onboarding is a part of the user onboarding process where you display the core functions of your product or service to both your current and first-time users by making use of onboarding tasks.

To elaborate a little more, it is a key action that helps users notice and learn your product's core features. Therefore, this action can be performed in the initial onboarding as well as the rest of the onboarding journey.

At the start of the user onboarding, it is a given that your users will be unaware of the components that you offer. There is where the new feature onboarding comes in and demonstrates the product features with the help of the onboarding UX patterns.

Even after onboarding users, you will benefit from new feature onboarding as you will bring more to the table by adding new features from which your users will derive value. Keep in mind that even users familiar with your product need to be introduced to new features to adopt them instantly and use them properly.

Why is feature onboarding important?

As feature onboarding leads the way when it comes to representing the core benefits of a product or service by means of onboarding UX patterns throughout the user onboarding process, it has many effects on the users and product experience. Some of them are:

Until now, I explained what new feature onboarding is and the advantages it puts forth. It is high time that you got to see HOW it can be applied throughout the product experience.

P.S. All the examples below are taken from our inspirations corner #ReallyGoodUserOnboarding.

One of the good things WordPress does is putting forward a contextual onboarding experience when presenting feature updates. As its new feature is launched, it provides its users with a slideshow of 4 steps that explains the whole operation promptly so that the users can try it on their own right after.

The slideshow might be small in size; however, it is quite captivating as the background dims with its arrival. While the visuals embedded in it ensure that the engagement is sustained, the close button on the top right gives users the freedom of skipping—which is ideal for the users who are already familiar with the update.

Notion puts tooltips to use when announcing its new feature. Even though the instructions are made up of 2 steps, the copy on the tooltip is a little long, but it totally makes up with the text formatting and emojis present.

Additionally, the background shadow helps the users to focus on the update announcement, and the introduction at the top of the tooltip adds a personal vibe to the user experience.

Figma chooses to present its new feature with a vibrant visual design that is hard to miss. The copy on the announcement modal aims for high readability since the copy is easy to read and track, thanks to the parts that are in bold and the very organized layout.

Figma does not shove a demo down the users' throats as the copy itself is descriptive enough—which is a great practice for the users who do not want to spend time with the interactive training.

Indicata prefers to use a hotspot that opens up a tooltip with a video in it when you hover over for a new feature promotion. This practice makes use of common patterns of UX, such as hotspots and tooltips.

Moreover, it plays an in-tooltip video that provides the instructional content for the users to grasp the concept without attaching any optional steps easily.

This example might not entirely belong to (new) feature onboarding, but it does a pretty good job at feature promotion by receiving support from an effective onboarding UX pattern, tooltip.

ClickUp recommends some of its basic features according to the features the users are benefiting from so that they can unlock new functions of the product without going through guides. Throughout this recommendation process, it summons a tooltip that shows the users another basic feature—which is conveyed through a gif that enables the users to understand the feature effortlessly without annoying them by making the process more interactive.

How to Create a Feature Onboarding UX That Works

After adding a new feature, it would be best for you to create a feature onboarding UX that promotes the feature and shows the users how to profit from it. Let's get on with the practices that would be of help when creating a semi-promotional onboarding:

What is the best way to promote a feature that you believe will be a game-changer for your product? It is to spread the word.

You must ensure that your new feature is acknowledged by your users and even potential users; there are a few ways you can let them know. Firstly, you must reach out to your current users via email. Sending them an email on your new feature launch would let them know beforehand. Secondly, promote it on social media—which would even help you attract new users. Thirdly, use communities to publicize it because people who are spending their time online are on apps that bring people together for a reason—whatever the reason may be. Make that reason your new feature and get more people to talk about it.

Advertising your new feature within the product is as important as promoting it externally. Therefore, you should focus on announcing your feature by using onboarding UX patterns, such as hotspots, announcement modals, slideouts, and even notification banners.

Due to the fact that visuals tend to catch the attention of users more than just simple texts, you should always include them when featuring a new feature. Also, seeing a notification as soon as you open an application assures discovery of the feature since there is no way a user could miss that kind of advertising.

After making the users notice the new feature, what you need to ensure is their focus on the feature because getting their attention just to make them know that there is a new feature is worthless for the business. You need to make sure that they know the value they can derive from using your newly launched feature and add it to their routine, thus increasing retention.

The road that goes to raising a feature's frequency of usage is directly related to users knowing how to use that feature. Therefore, you should prepare interactive guides to explain the feature to users. This process also involves the value users will see in that feature and affects their choice when deciding on whether to use the feature or not.

The last step requires you to observe the outcome of the steps above. For example, you should check how many users actually tried to use the feature. Later on, it would help if you focused on what could be better based on the data you got—this could mean improving or changing how you have presented your feature.

By doing so, you will assure that your users get the best of the best, and this will only require you to track their behaviors—which is something you should regularly take advantage of in the SaaS business.

It encourages users to try the features your product presents and gives them a chance to familiarize themselves as well—which is directly related to the value they will get from your product. Thus, advantages such as an increase in user retention and satisfaction. 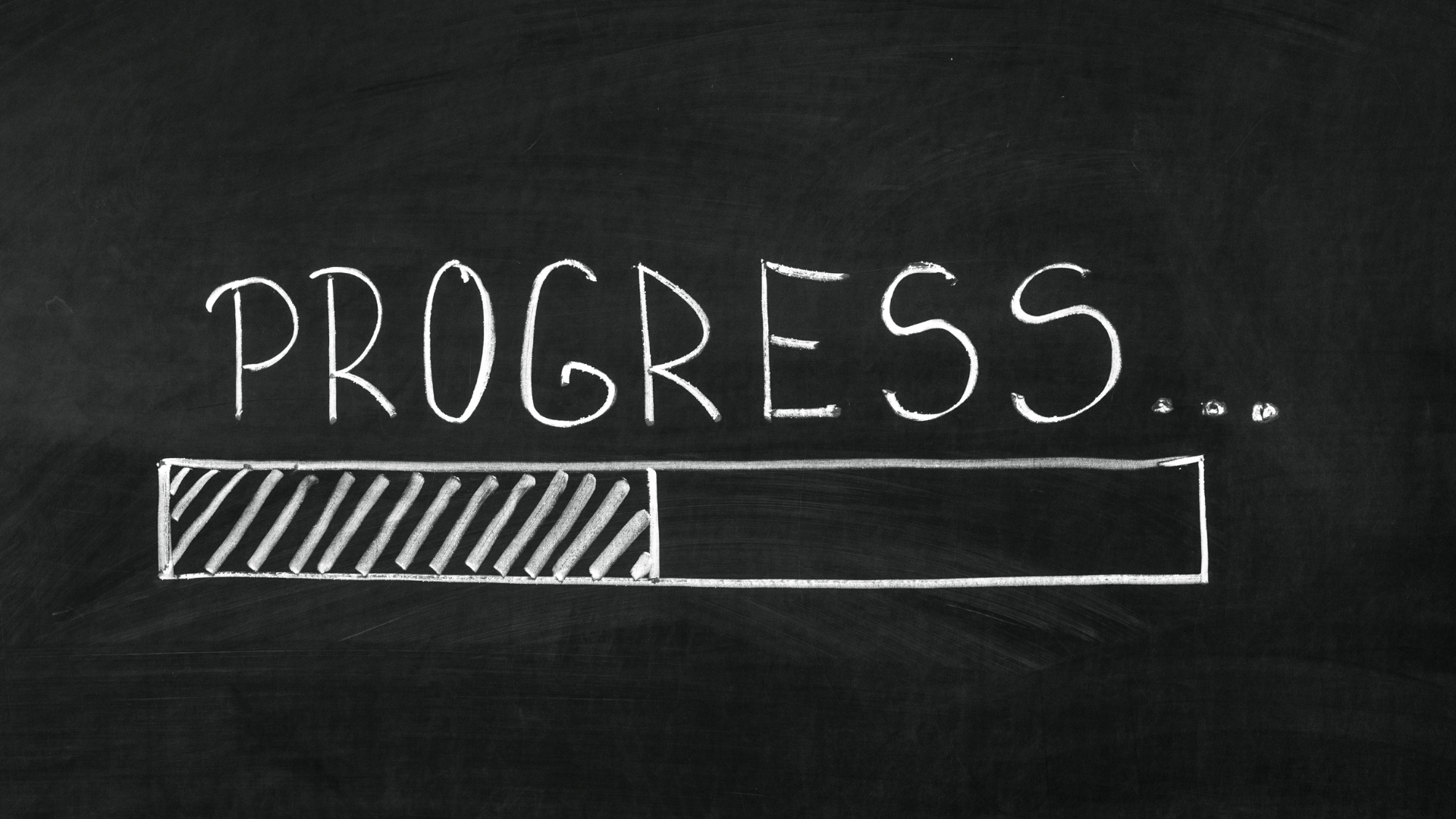 What Is Progressive Onboarding? (+Examples) 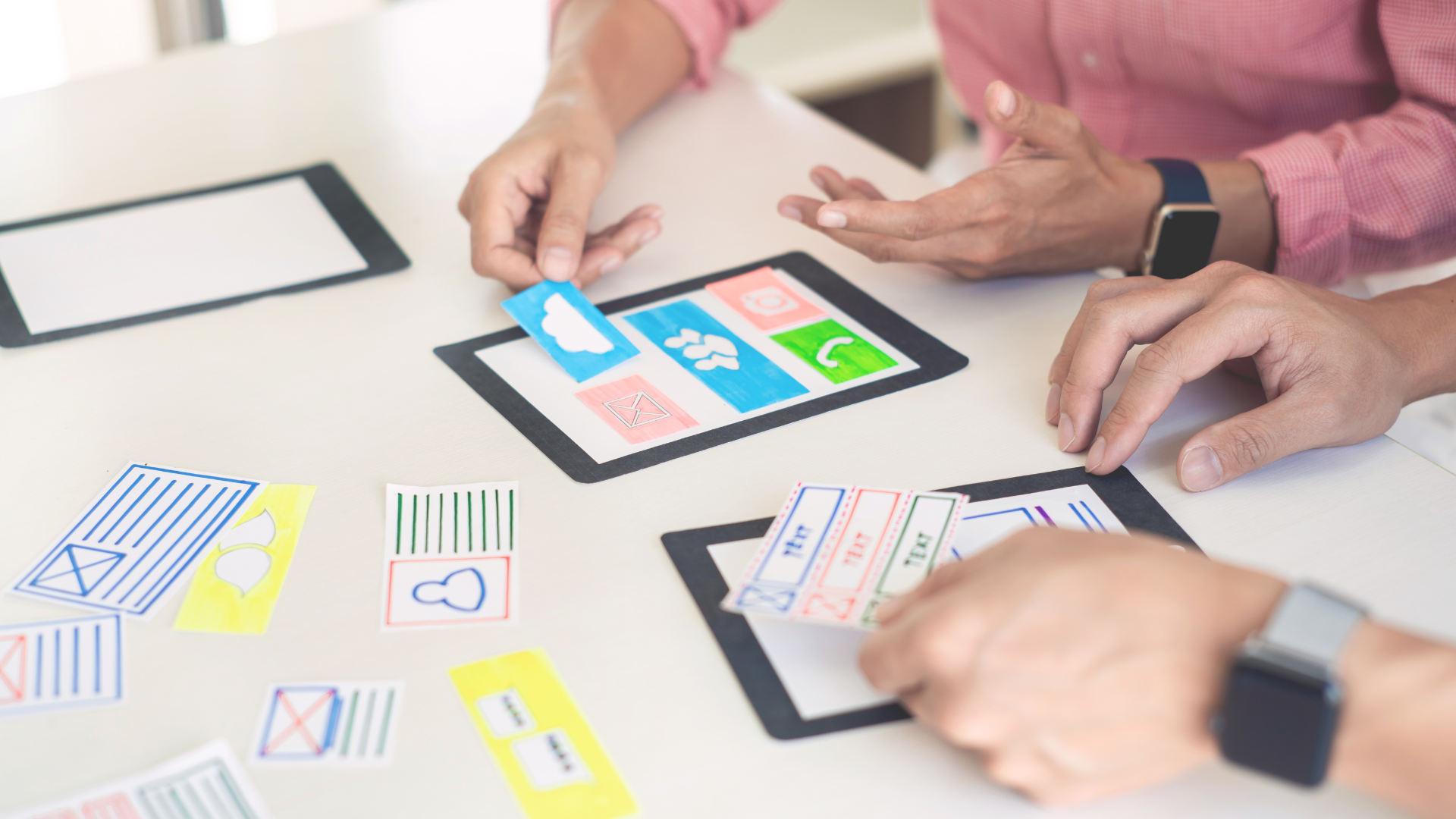 Have you ever visited Disneyland? If so, you must be familiar with their magical customer experiences. Disney is surely famous for delivering the exact experience you want; however, its success comes far from a magic wand or fairy dust. From a business angle, it is simply a result of extensive planning and execution of personalized onboarding to satisfy every unique visitor. 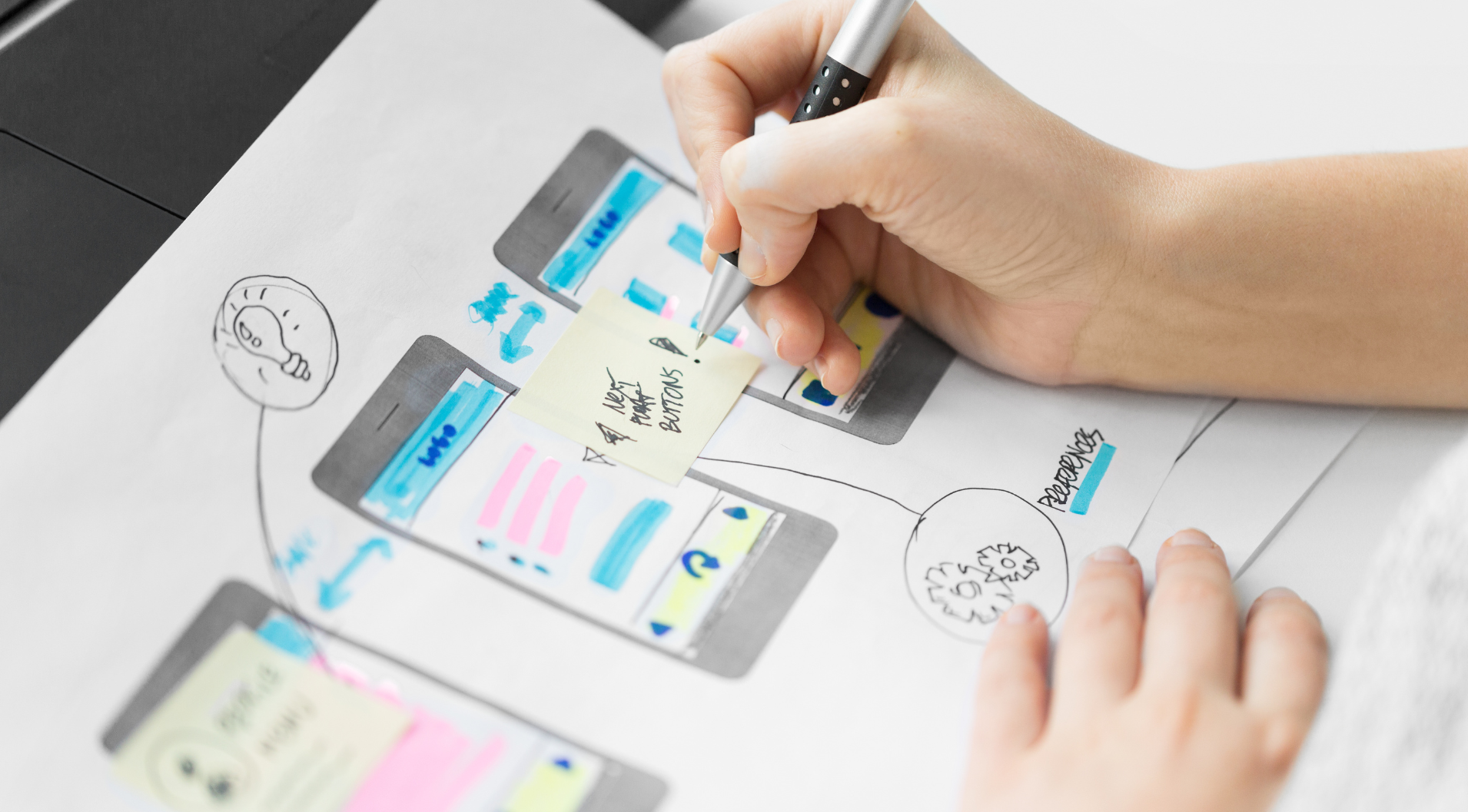 User onboarding is a crucial part of the overall user experience of your product. The more successful the onboarding experience is, the more engaged your users are.
See All