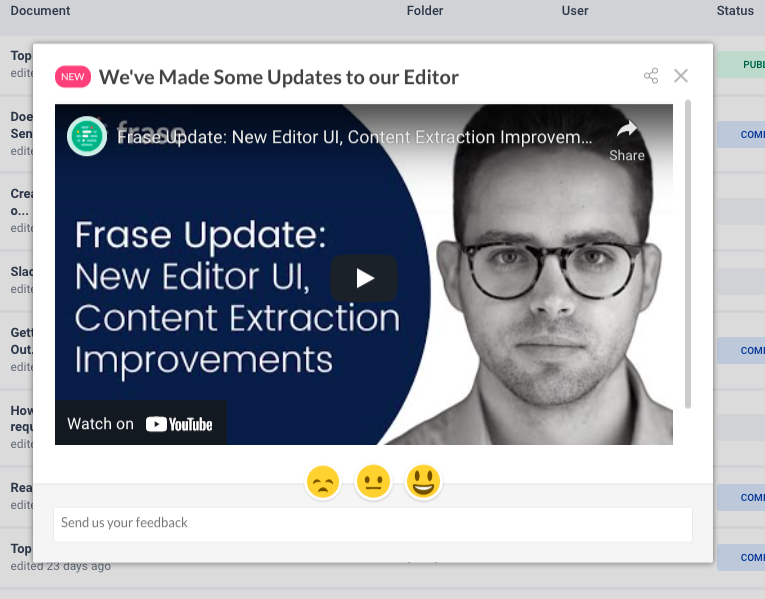 Frase introduces its updated version with video content in a modal, prompted when users first log in.

Frase introduces its updated version with video content in a modal, prompted when users first log in. What’s more, the modal also features an NPS survey, asking users how they feel about the new update.

✅ Video content - When done right video content can make announcements and onboarding a lot easier, both for users and for you. In Frase’s case, it works to keep a record of each update on YouTube too.

✅ Good UX pattern use - Because video content was used, a modal was naturally the way to go. For a platform of Frase’s size, each update can be good news, so it shows a certain enthusiasm and excitement that is contagious.

✅ Update and feedback all in one - Putting a feedback option on the update modal is a great way of saying “we care what you think, and we’re willing to improve even more”. By giving such an impression, Frase easily increases positive user experience while also collecting meaningful feedback.